The expansive lore of the world of Remnant has left many unanswered questions.  How will Salem be defeated?  What else is Ozpin hiding? Will Qrow kick his drinking habit? The list goes on.  In this article my family and I will be discussing some of our theories.  Be forewarned that there will be spoilers for RWBY, RWBY Chibi, RWBY: Grimm Eclipse, and others related to the show. 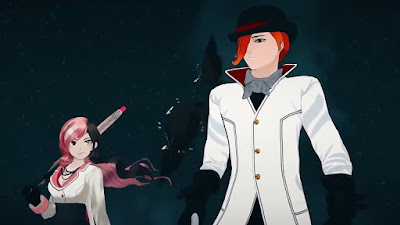 “Well it appears Roman was correct in that statement, he did survive.  Shocker!” – Teah

We will start by analyzing another YouTuber’s video "RWBY Theory: Roman Torchwick's Return in Volume 8" by Phoenix/Night.  He goes into depth on how Torchwick could have survived, and the possible outcome that Neo knows of his whereabouts.

The points we agreed with were:

The parts we disagreed with where:

We do not know what the Grimm are comprised of.  Through cast and crew interviews we learned that the Grimm do not require food to survive, they do it for “fun”.  Torchwick was swallowed whole, with his hat and cane still in his possession.  When the griffon left the plane, you could see a bulge just under his neck.  We believe that after it was a safe distance away, Torchwick blasted himself out and just decided to leave the fighting in general.

Brunswick Farm is Where Roman Torchwick is From

In Volume 6, Chapter 5: The Coming Storm, Maria Calavera read a series of diaries at Brunswick Farms.  The ones pictured were “Roman” numerals: I, III, VI, and VIII.  Our family thought hard on the reason behind those specific numbers.  We eventually concluded that Brunswick Farms was the home of Roman Torchwick, and possibly Neo.  In volume 1 of RWBY, they introduced Torchwick robbing the dust shop “From Dust till Dawn.”  In volume 3, we witnessed the Griffon swallowing Roman whole (mentioned in section “Roman Torchwick is Alive!”).  Volume 6, we believe to be the home of Torchwick.  Volume 8, we predict that he will return and be possibly reunited with Neo.  The reason we thought that the farm is his home is because of the picture hanging in the house that the group stayed in during the blizzard.  There were two redheads, a father and son, one of them could have been Torchwick.  He grew up on a poor farm, it was literally “bleeding money” according to one of the diary entries.  This could be a huge reason why he left and decided to make his own way to fortune.  Along the way, he could have just ended up with a bad crowd (example: Salem) and started a life of crime.  Neo could have been the girl in the center of the portrait, which would be why Neo showed up again during the episode and it zoomed in on her picture.

“Neo needs some friends, so let’s give her some.” – Teah 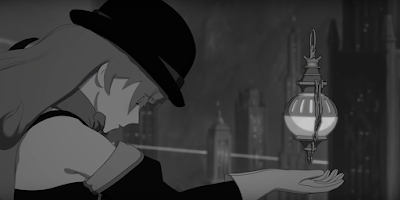 “Now I will receive my customary reward of head pats, cake, and tea.” – What Neo really thinks of Volume 7 by Crumbling Cube

These are a list of possible team-ups with Neapolitan and some explanation on why it will come about.

This team up would be during the battle of Atlas.  The reason Winter is leading the team, is because she already has reservations of General Ironwood’s decisions concerning the borders, maidens, and a slew of other concerns that have been building up.  We do not believe that this team up will happen until the actual conflict with Salem and will be “thrust” upon the group.

This team-up will occur after the fall of Atlas, when somehow Penny will be the force holding their group together.  With her views on friendship, justice, and the maiden powers to help protect her teammates, it just makes sense for Penny to be the leader.  Winter has already worked with Penny while defending Atlas against Grimm and Ironwood entrusting them both with the secret concerning Salem.  Emerald will join the group due to her loss of faith in Cinder, and not agreeing with Salem’s ideology (we will get into this in a later part of the theories).

This team-up will ONLY happen if Roman Torchwick is in Atlas during the conflict with Salem.  Torchwick would either save Neo from Cinder or be there to pick her up if defeated by her.  However, I do not believe this group will last unless Winter can get over the fact that Torchwick was a criminal mastermind.

The last team would not happen until later on, if Torchwick was in Vacuo instead of Atlas. We also believe that Neo will become a maiden. More info on that when we realize part 4.

This concludes part 1 of our RWBY Family Theories.  We will return soon with part 2.